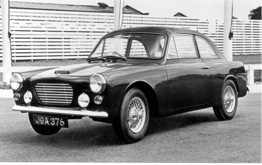 The first models were sold in 1960 and were powered by the BMC ’A’ series engines (chassis prefix A) and corresponding gearbox. Some of these engines were supercharged, and the Coventry Climax FWA engine was an option.

The front and rear wings were moulded from the Austin A40 ‘Farina’, the windscreen was sourced from the Riley 1.5, and the doors and bonnet were hinged directly from the chassis.

In 1962, an MGA engine and gearbox replaced the ‘A-Series’, followed by the 1800GT in 1963 (chassis prefix B), using the MGB ‘three-bearing’ engine, gearbox and overdrive, front suspension and rear axle, This proved to be far the most numerous version, with some 175 cars out of a total production run of 202. Cars with the chassis prefix C were originally designed for the Ford 2-litre V4 (Corsair) engine, but these were modified to fit the more reliable MGB unit. To avoid ‘purchase tax’, the car was available in component form for £948. Due to problems with the supply of parts from BMC, GT production ceased in 1966.

The chassis number will be found under the bonnet on the nearside on the chassis tube coming down from the bulkhead. 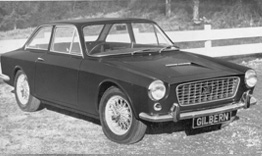 Announced at the 1966 London Motor Show, the Genie introduced a new body shape with a more powerful engine. Production started in 1967 and continued until 1970, the cars being sold in either component form or fully factory-built. Power came from a MkIV Zodiac 3-litre V6 engine with a twin-choke Weber carburettor or a Zephyr 2.5-litre unit with a single-choke downdraft Zenith carburettor, both with either a 4-speed or 4-speed with overdrive gearbox, also from the Zephyr/ Zodiac range.

A small number of cars were badged as Pi130 models and were originally fitted with Tecalmit Jackson fuel injection, although probably most have been converted to a standard Weber carburettor. Suspension on the first 30 to 40 cars was still MGB with wire wheels, although a number were fitted with the Austin Healey 3000 rear axle. Later cars have the MGC rear axle and front suspension uprights with Gilbern-designed alloy wheels that remained a feature until the appearance of the MkIII. Lateral location of the rear axle was provided by a Watts linkage. The body shape of the Genie is also common to the MkI and MkII Invaders, but the various models can usually be identified from their detail fitments and fittings.

Genies may be distinguished by their large Lucas rear lights from the Ford Thames van. Similarly, all Genies have a vinyl-covered dashboard and centre console and Rover external door handles, and the bonnet has two forward-facing vents. Other features are opening front and rear quarter lights; electric windows were an optional extra. 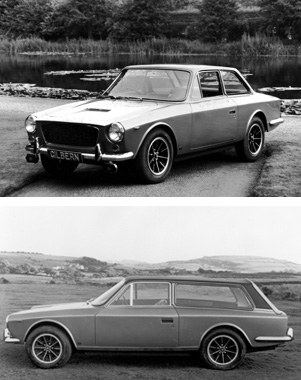 Production started in 1969 and continued until 1972. Of the total production run of 394 cars, 78 were MkI, 212 MkII and 104 the Estate version. Cars were still available either in component or fully-built form, with electric windows as standard and a walnut veneer dashboard, although some cars were fitted with a Genie-style vinyl dash but a different lower centre console. Like the later Genie, all models had MGC suspension but the front lever dampers were replaced by true double wishbones, with coaxial coil springs and dampers.

Power is provided by the Ford MkIV Zodiac 3-litre ‘Essex’ V6 engine with an overdrive gearbox as standard and an automatic gearbox as an option.

The MkI chassis was modified from the Genie and later modified again for the MkII, with different suspension points and a Panhard rod in place of the Watts linkage.
The first Estate also had redesigned rear damper mountings. The Invader saloon body shell is distinguished from the Genie by different (smaller) rear lights and side vents were added to the rear roof pillars. The bonnet vents were also changed from front to rear-facing, albeit that some were fitted with the Genie type. All exterior door handles were flush. MkI’s and most MkII’s have Gilbern-unique flush rectangular chrome door handles with hidden latch releases, but some later MkII’s were fitted with the Triumph Stag type, as are nearly all MkIII’s. Other features, such as opening front quarter lights and rear side windows, may be present on some MkI’s but these were all fixed on MkII’s.

The chassis number will be found under the bonnet on the nearside on the top damper mounting. To distinguish models of chassis, in a MkI all the tubing in the engine bay is 1¼” or 1”sq, whereas on a MkII it is 2½” by 1½”sq. 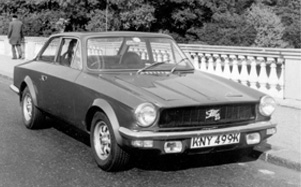 Production started in 1972 and continued until about 1974 (although some cars were completed as later as 1993!) The MkIII was rationalised to use all Ford components, comprising the Essex V6 engine with a MkIV Zodiac overdrive gearbox and MkIII Cortina suspension. The rear axle was from the Cortina 2000 Estate, and the chassis forward of the bulkhead was completely revised to accept the Cortina front subframe. Other changes included additional diagonal bracing in the ladder frame sections (aimed at stiffening) and a symmetrical (non-handed) tunnel in view of the left-hand drive option.

The body shape is distinct from earlier models, although it is still “basically Genie” with similar front and rear screens. At the front, there is a raised bumper line with a remodelled grille, beneath which are Triumph sidelights and integral fog lamps in the valance. The lowered bodyline (due to Ford 13″ wheels) is sharp, unlike earlier models, and there are small wheel arch extensions to cover the wider track. There was also a new bonnet and a restyled boot with MkI Escort rear lights.

Triumph Stag exterior door handles were fitted to all but the last few cars, which used those from the Morris Marina. Inside, there was a new style burr-elm fascia and high-back seats. A radio with electric aerial came as standard. The chassis number will be found under the bonnet on the nearside, on the top chassis member. 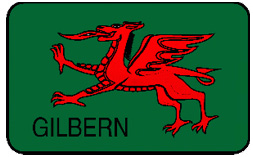 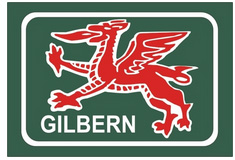 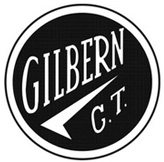